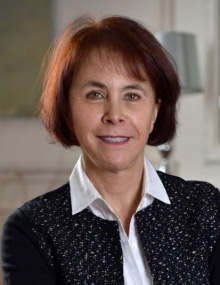 Ms Vicien Milburn currently acts as arbitrator in cases involving sovereign States, including under the auspices of the International Centre for Settlement of Investment Disputes (ICSID), the Permanent Court of Arbitration (PCA), and the International Chamber of Commerce (ICC). She has been appointed Chair of the Sanctions Board of the World Bank, and sits as judge of the Administrative Tribunals of the European Bank for Reconstruction and Development (EBRD), the Inter-American Development Bank (IDB) and the International Monetary Fund (IMF). She is a member of the list of panelists of the Dispute Settlement Body of the World Trade Organization (WTO).

During her thirty-five year career as an international lawyer at the United Nations and UNESCO, Ms Vicien Milburn provided legal advice on all issues relating to the operation of the two organizations worldwide. She oversaw all commercial contracting, directed the conduct of all litigation and arbitration, and advised on international treaties and conventions. Since retirement from the United Nations in 2014, Ms Vicien Milburn has continued to serve in multiple capacities as a special advisor to international organizations.

In her work as an arbitrator she has adjudicated disputes in a wide array of sectors including telecommunications, real estate, procurement, and aviation. Trilingual in English, Spanish and French, she regularly acts in arbitrations in all three languages and involving parties in Europe, the Middle East, and Africa. An active member of the arbitral community, Ms Vicien Milburn is an observer to UNCITRAL Working Groups II and III on international arbitration, a member of the ICC Arbitration Commission, and an advisor to the Board of the Arbitration Court of Madrid.

Ms Vicien Milburn is a graduate of the University of Buenos Aires Law School (Argentina) and received a Master in Laws from Columbia University. She is admitted to practice law in New York and Buenos Aires.